I walk in the mountains and in the woods to find something and someone buried deep inside of me, raw, naked, free. I want to find all the particles that contain inside of them the whole universe, light them up in fireworks. There, it is possible to tune to the knowing, the essence. In the wilderness, I am allowed to be, a human in all my multiplicities, like the many branches of a tree.

When I walk by the river, through forest, when I climb a mountain, I remember that I am part of something greater. In a society, we are wearing all kinds of clothing and masks, the tangible fabrics but also invisible ones. Some of those we are not aware of. They are inherited, expected, accepted.  Some are mode of expression and identity, a language that can reveal more details than nakedness, it can tell stories and hide them at the same time.

Visible and mobile, my body is a thing among things; it’s caught in the fabric of the world, and its cohesion is that of a thing. But, because it moves itself and sees, it holds things in a circle around itself.”
— -- MAURICE MERLAU-PONTY, EYE AND MIND

In the woods i find strange creatures, and the strange ones inside of me are allowed to come out and play. That can sometimes highlight the clowns i may become in the cities and the grotesque circus i can get entwined in if i forget to be mindful, to slow down, learn the rules of the games . This circus can be as grotesque as it can be meaningful, playful,  and beautiful. I  confess I love the acrobats and trapezius artists, for the flexibility, agility and freedom to move gracefully between planes of motion while landing perfectly on two feets, entering and exiting the arena when the job is done.

“ What if photography was an animal and the woods, the forest its natural habitat “by Claudia Rauhauer echoed the process of this series.

It is a bit like that - it is about reconnecting to the playful, uncensored ideas and visions the place calls for while , a moving stillness. It brings to the surface  what is hidden behind that door of Alice in Wonderland. The romantics, the Sublime, the playful and surrealism  are themes that have chips in my inspirational forgotten motherboard.

Our soul is itself contained in another landscape.  The one that is a physical boundary and link with the outside in a sensory geography. It allows the mind  into a larger scope.  This physical body lets us  touch,  be touched and to enter the tangible and playful enactment of it all, a new.  A Playground that expands us. 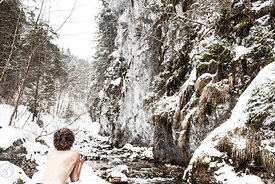 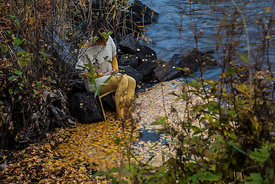 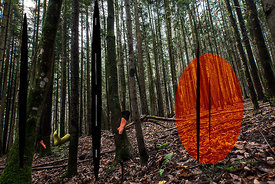 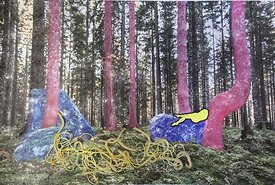 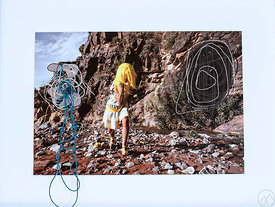 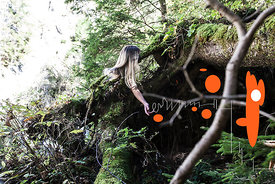 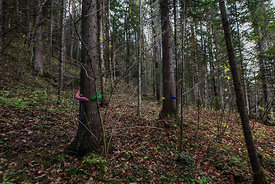 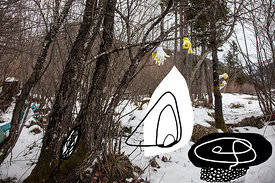